The word ‘cynefin’ itself is swaddled in layers of meaning – a Welsh noun with no direct equivalent in English, its origins lie in a farming term used to describe the habitual tracks and trails worn by animals in hillsides. The word has since morphed and deepened to conjure a very personal sense of place, belonging and familiarity. The artist Kyffin Williams describes it as:

‘that relationship: the place of your birth and of your upbringing, the environment in which you live and to which you are naturally acclimatised.’ 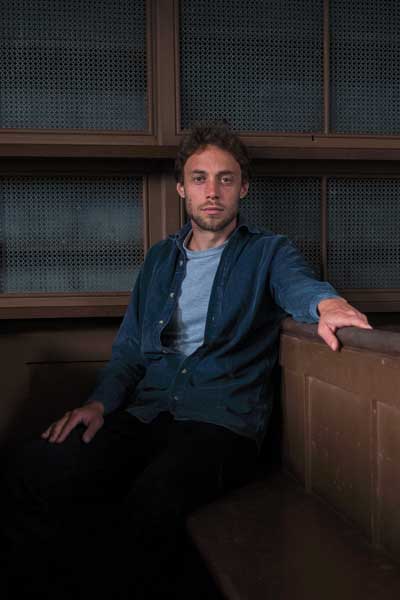 The brain-child of West Wales native Owen Shiers, this Cynefin is a musical mapping project which traces a line from the past to the present – starting in the Clettwr Valley where he was raised. The result of three years research and work, the project’s aim is to uncover lost voices, melodies and stories as it goes and give a modern voice to Ceredigion’s rich yet fragile cultural heritage – presenting forgotten and neglected material in a fresh new light.

Owen grew up immersed in Welsh music – from the sonorous melodies emanating from his father’s harp workshop to school life and festivals such as the Eisteddfod and Cnapan. Since graduating with a music degree from Bath Spa University, Owen has plied his skills as a musician, composer and engineer across a wide range of projects, including work on several album projects at Real World Studios and on the award winning Clychau Dibon by Catrin Finch & Seckou Keita alongside producer John Hollis. John now brings his keen ear and experience to this new project.  Nominated for ‘Best Solo Artist’ at the inaugural 2019 Welsh Folk Awards, Cynefin gives Owen a platform to ply his fine arranging and guitar skills whilst taking him right back to his roots.

The resulting album ‘Dilyn Afon’ (Following A River) is unique both in its originality (some of the songs have not been sung for over hundreds of years) but also in the arrangements which are ambitious and distinct. From talking animals and tragic train journeys – to the musings of star crossed lovers, farm workers and lonely vagabonds, the album provides  a unique window into the past and to a vibrant oral culture of story and song . It moves, probes and reveals forgotten aspects of the past whilst raising questions around our modern malaise of disconnection and rootlessness.